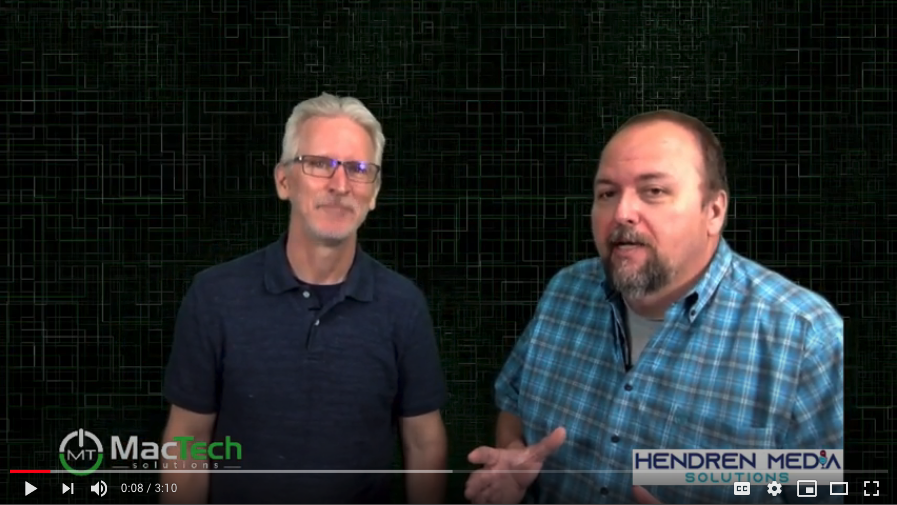 Between them, the pair have dozens of years of experience in the media and technology worlds, and are pleased to share their experience with a new audience.

Terry founded MacTech Solutions when he was a computer network administrator and instructor at Sheppard Air Force Base. During his military career he earned bachelor’s degrees in both elementary education and industrial management and a masters in computer education and cognitive systems. He retired as a master sergeant. Mike has hosted, co-hosted and produced a dozen long-form radio broadcasts for nearly 20 years.  He served as a co-host and producer on “The Rise & Shine Show” from 2002-2016 and as host and has produced “Wake Up Call” since 2016.

Dubbed “TechKnow Logic,” the series will cover a wide range of technology-related topics. The pair’s inaugural video, released June 25 on YouTube and other social media channels, discusses Scribd, a subscription-service digital library that has an enormous catalog of books, magazines, and audiobooks.

The duo hopes to release videos twice weekly, aiming for Tuesdays and Thursdays and posting them on their respective websites — MacTech-Solutions.com and Hendrenmedia.com — and various social media channels.

Have ideas for topics you’d like to see Mike and Terry cover?  Send them to us via our Contact form.

The MacTech Solutions logo is property of MacTech Solutions, LLC, a Texas Limited liability company. All other logos and trademarks are the property of their respective owners. Apple, the Apple logo, iPad, iPad Pro, iPod, Mac, MacBook Air, and MacBook Pro are trademarks of Apple Inc., registered in the U.S. and other countries.